Differences Between Superchargers And Turbochargers

There is quite a bit of terminology when it comes to automobile parts, and a person can get very easily confused. Some of the things that are bantered about may sound very appealing, but may not be what a car buyer wants in his or her vehicle. Understanding differences between various components helps to make a better decision. Superchargers and turbochargers are mentioned almost in the same breath by many people in the auto industry. There is definitely a difference between the two of them. 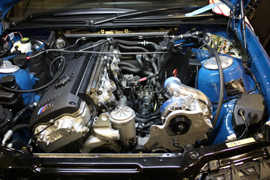 Either one will deal with power. Turbochargers and superchargers are known as forced induction systems. It means that either will compress the air flowing into the engine, which provides more power to the car. This creates a considerable amount of boost, which can be as much as 50% more power into the engine. This makes a luxury car or high-end sports car roar like a lion whenever the owner is tired of the engine purring like a kitten. A main difference between the turbocharger and the supercharger lies in the power supply.

A turbocharger uses the exhaust stream for its energy. The exhaust will run through a turbine that will itself spin the compressor. The turbine spinning can be as much 150,000 RPM (Rotations Per Minute). To put that in layman’s terms, the turbocharger is able to have an RPM speed that can be almost 30 times faster than an ordinary automobile engine. It does take a little while for the turbine to produce the boost, and can result in the car lunging forward when the turbocharger kicks into action. The size of the turbocharger can impact power with a smaller one producing more boost faster. A turbocharger is particularly effective at high altitudes where other engines experience difficulty. Because the air is less dense a normal engine gets a smaller amount of air. Turbocharged engines do not suffer a dramatic reduction in power since the turbocharger is more capable of pumping thinner air. 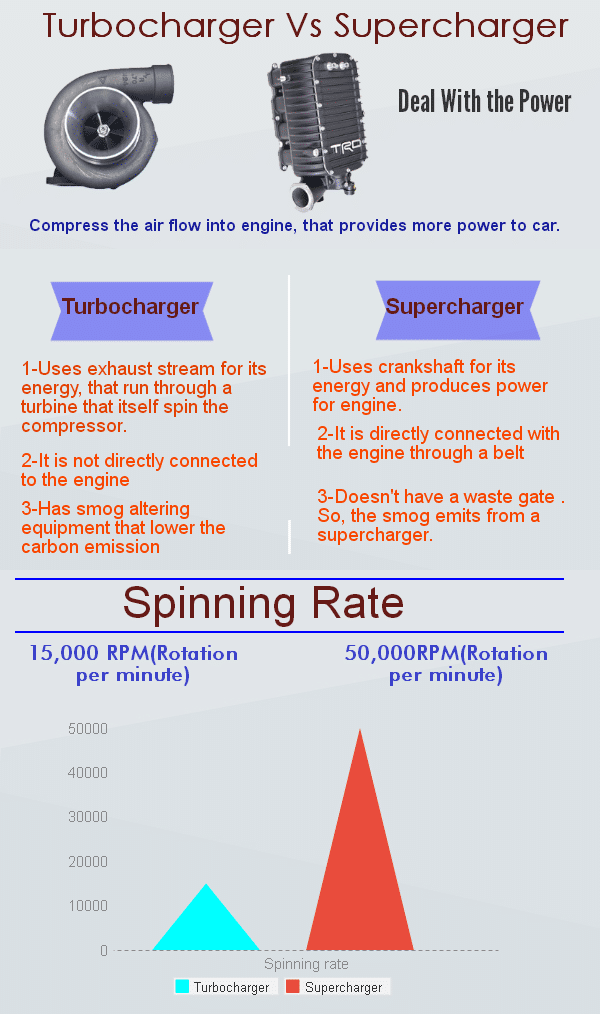 Looking at the difference between the two the supercharger will take its power from the crankshaft whereas the turbocharger will draw power from exhaust gases that result from combustion. Superchargers will spin with speeds up to 50,000 RPM. The turbocharger is not connected to the engine and can spin much faster. Both will produce large amounts of power. A supercharger doesn’t have a waste gate, which means that smog will emit from a supercharger. Turbochargers on the other hand have smog altering equipment to lower the carbon emission of discharges. Turbochargers will run extremely hot and must be well insulated. 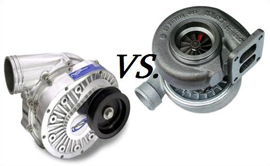 The arguments can go on back and forth. It would be great if a supercharger was in the car so that the boost could occur at low RPMs, while a turbocharger would put considerable power at a higher rotation. Volkswagen has attempted that with a twin charger engine. Besides being very expensive, the twin charger engine also only operates with premium gasoline. Determining which is better comes down to the make of the car itself. Incidentally, both are just about the same in price so money is not an issue. A regular car would do better with a supercharger. These are easier to install and tune-ups are not as difficult. The Turbo charger has its real niche in more specialized markets. It is considered more efficient overall than a supercharger. The consumer is left with deciding personally the type of car to own at from that point installing the correct forced induction system to add more power to the drive.